Mycotoxins are the secondary metabolic products of moulds, which have quite diverse effects on humans and animals. The 5 major identified mycotoxin families are aflatoxins, ochratoxins, fumonisins, zearalenones and trichotecenes (DON, T2, H-T2, etc.), which cause many reproductive and economic problems for both producers and their animals.

Mycotoxin is usually formed on arable land, but can also develop during harvesting, transport or storage. One of the conditions for their development is access to water, the other is the temperature. When the mould infects the plant, the air humidity and temperature play a major role in growth. Regarding the extent of infection during storage, the moisture content of the raw material, the temperature, the ventilation, mechanical damage, as well as the presence insects, rodents and microorganisms are all essential factors. Unfortunately mycotoxins are unevenly distributed, are odourless and colourless. In most cases, high contamination is not suspected and not detectable by visual inspection. The presence of mycotoxins can only be confirmed by analysis.

In order to avoid the negative effects of mycotoxins on performance, Wisium (the premix sector of the French Neovia group) represents a testing system that begins with raw materials and ends with the consumer. Since all raw materials are suspected to be contaminated, our 360 degree approach requires specific analysis. Based on a number of experiences with raw material testing, the toxin contamination of grains is uniformly rising worldwide.

In order to obtain appropriate, realistic results, we shall establish a representative sample. This is important because toxins are not evenly distributed in the dose. Take, for example, a truck delivering 24 tons of goods. In the case of straight trucks, we have to puncture the shipment at 8 points, preferably 1.5-3 meters deep. For vehicles with semi-trailers, we take samples from 2*5, i.e. 10 spots (Figure 1). Samples are mixed, milled and formed into a 20-50 gram analytical sample.

NeoCons Plus Kft. finds it important to pass on technical advice and training that includes details of representative sampling and includes an analytical spectrum of 48 toxins. Since toxin contamination is not a one-time problem and tracking is specific, we offer you our professional adapted to your production system and needs.

Our comprehensive service package includes performing and evaluating the tests as well as the solution, i.e. the right product of the T5X toxin binding family.

The operation of the T5X family is based on 3 main action points:

T5X is the result of a 20-year research program that supports the natural protection of animals by stimulating the production of detoxifying enzymes.

At the beginning of 2017, Wisium Laboratory carried out the HPLC analysis of more than 1150 pig feeds, where three families of mycotoxins were detected in the samples: Trichotecene mycotoxins (mainly DON), Fumonisins and Zearalenone. DON toxin was present in 100% of the samples.

DON infections are associated with digestive disorders in pigs (feed rejection, vomiting and gastrointestinal disorders), and reduce average daily body weight gain. Fumonisin B1 also causes weight gain reduction and reproductive problems in sows. The effect of Zearalenon on reproduction parameters is well known, especially in sows. It can cause significant damage to the development of breeders and reduces sperm count.

The presence of two or more different mycotoxins in the sample may add up, increasing the negative effect. Feedbacks from literature and real life have highlighted the regular associations of DON and Zearalenon. This association can lead to a decrease in average daily growth and feed intake, as well as a significant deterioration of the immune response. 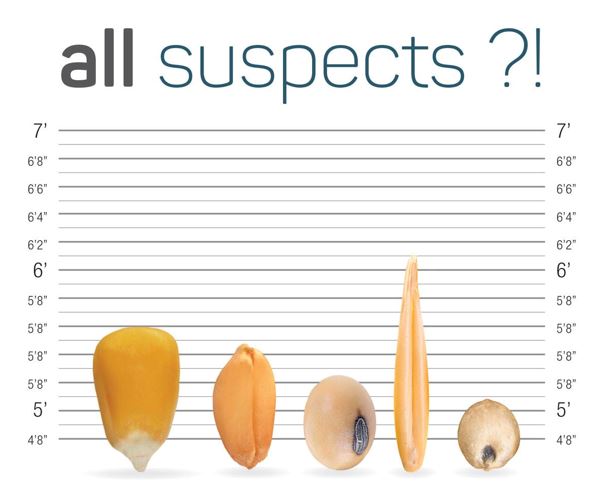 Heat stress and possibilities for protection (for pigs and ruminants)
2018.08.31.

What is the Mycowatch® application?
2018.08.24.
Recent Posts
Recent Comments
Go to Top