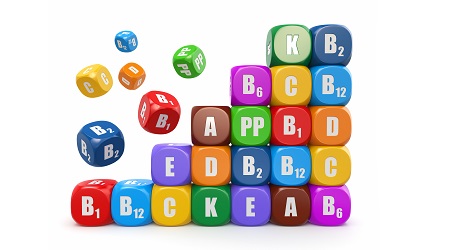 On the raw material market, we often encounter shortages, generating a huge price explosion on the market of vitamins, amino acids, and often also on the organic acid market. This was partly achieved by the sector by not limiting the growth of Chinese raw material production. Thereby the market has become vulnerable to the Asian region. Today, the use of vitamins, microelements, amino acids and enzymes (phytase) is as common as morning coffee. However, understanding and consciously following price fluctuations requires some insight into the market and the operation of the Eastern region.

Adisseo, part of the Bluestar Group, is a major player in the global feed market

Our flagship, the French Adisseo, with $ 1.55 billion annual income of the French company and more than 2500 partners, is a major player in the global feed market. The company’s mission is to provide products and services to its partners that guarantee the safety of people and the environment. In 2006, they joined the Bluestar Group, allowing access to the world’s largest growing raw material market, behind the Great Wall.

For our partners, popular Adisseo products became available again in the summer of 2017. Our palette is now enriched by Rhodimet NP99 DL-methionine, the hydroxy analog NP99 liquid methionine, organic selenium (Selisseo), the Rovabio enzyme family, sodium sulphate (Adisodium) competing with baking soda, the Alterion probiotics, which will be available soon, as well as the Microvit vitamin family. Since last July, Matthieu LE BRIS has been the representative of the latter product line, and has visited us on his first professional anniversary. Matthieu has been a member of the Adisseo Group since 2013, where he was responsible for the trade of various chemicals for 4 years. He was then appointed to be the manager of the European Region and the Middle Eastern vitamin business line. His previous activity is similar to that of an afternoon tea party compared to the present position, as the roller coasting of vitamin prices requires constant attention. With the exception of vitamin C, all vitamins are found in the Adisseo product range in controlled, homogeneous quality. The products are FAMI QS certified.

During his two-day visit, Matthieu provided our partners with a lot of useful information. Perhaps the most interesting changes are those that have been systematically recurring and that deserve attention. An example is the price increase after November, when the heating season begins and several Chinese factories are forced to shut down due to excessive pollution. The Chinese New Year (Lunar New Year) between 21 January and 21 February also forces prices up. However, summer is a good time for purchases.

I tell about the cities I have visited in each of my reports, because when we take part in programs organized by our parent company, we also discover the sights, attractions and gastronomic features of the place. Being the hosts, we also tried to show as much as possible to our dear colleague. After a real Hungarian Jókai bean soup, Hungarian ratatouille named lecsó and quark dumplings, followed by a delicious palinka, we really enjoyed the evening walk in the castle district. The next day, we still touched a few sights by car in the city centre, and after two more meetings, we already planned the visit next year on the way to the airport, since the vitamin market is constantly on the move, the actors are changing and the information has great value.

Feel free to contact us for more market information.