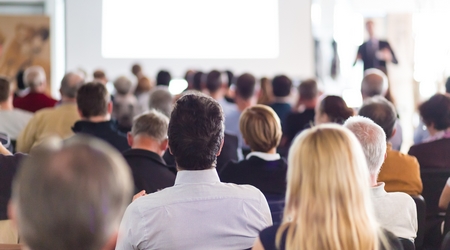 The autumn “conference season” was opened by the Poultry Symposium, with the participation of our small team. In addition, Adisseo was represented by our colleague, Miguel Colilla Sanchez, who gave a presentation about the possibilities of reducing the use of antibiotics in poultry feeding.

The topics of this year’s symposium have also been selected with due precision, as we have heard about topics like the genetic possibilities of broiler performance enhancement, modern plant hygiene and the latest anthelmintic strategies. The success of topic selection was proven by the large number of visitors, since many production and service provider companies visited the event.

László Bárány, the founder of Master Good company group reported on the poultry integration they have dreamt and built up, the sustainability of which lies in its economical nature. The slaughterhouse they planned will cut about 15,000 chickens per hour, thereby raising their production to a global level.

Antibiotic use in broiler production

All this proves that there is a way to achieve quality and economical production with fewer antibiotics and more prevention.

If you are interested in this topic and in reducing the use of antibiotics, please feel free to contact us.